One of the great things about my job is that I get to work with some pretty amazing chefs and restaurants. This means most the time I’ve gotten to sample their menu or at least several different offerings. However, it doesn’t mean that I’ve tasted it all. So this week I was elated to finally get my hands on menu items I’ve described atÂ Kenny’s Smoke House, in Plano but never had my taste buds get in on the fun.Â 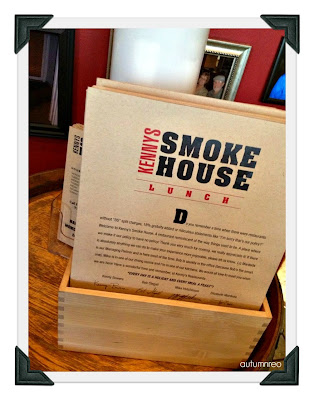 I will admit – BBQ is not my first food pick. I can enjoy it, but I don’t normally crave for it. But my hubs does, so we make our rounds to the BBQ joints. But I will tell you that after biting into one of the juicy brisket slices, I was pretty well on my way to BBQ heaven. It was good, flavorful, juicy and just the perfect amount of fat and meat. And it smelled SO good.Â 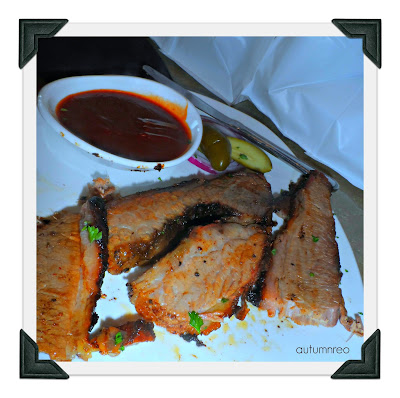 But I had to move on to try more- the smoked turkey. Unfortunately by the time I got to the turkey, there wasn’t any left. (I had two kiddos chow down and finish it in a matter of minutes.) While I was dissapointed, I still had one more thing to bite into – Blue Cheese Potato Salad.Â 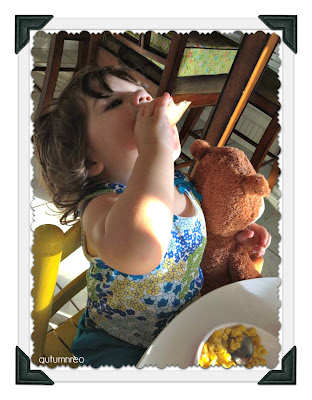 A great play on the classic recipe, this was my kind of potato salad, featuring the pungent flavor of blue cheese, bacon and red potatoes. Just looking at the bowl, it screamed “this is July 4th.” Â And did I mention I took down the whole bowl?Â

So using my “insider connections,” I was able to get the recipe. Which is good because I needed to make more of this stuff and being that next week is Independence Day, now was the perfect time. And now I’m sharing it with you.Â

Place cut potatoes in boiling water and boil until soft (approx 15 minutes).
Drain potatoes and let cool.
In a separate bowl, combine all other ingredients except bacon and blue cheese to make dressing. Mix well with whisk.
When potatoes have cooled to where they can be touched (still warm) combine with dressing and mix well. Crush some potatoes so that it comes together and is not too soupy.
Refrigerate until chilled.Â
Garnish with bacon and blue cheese.Â

I am lucky I get to promote Kenny’s Smoke House as a client. But as you can see I’m also a customer and totally paid for my potato salad. Cuz it’s good.

This recipe also appeared on mamachallenge.com

Counting down to 🎄 with our new beer advent cal

Can’t decide where to get take-out? 🥡 You don