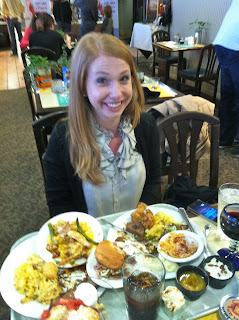 I was a locavore in foodie nirvana this past Sunday, as I “grabbed a tray and walked the line” at the third annual Chefs for Farmers event.Â  An all-star team of Dallasâ€™ top chefs celebrated local farms at this benefit dinner at the famed Highland Park Cafeteria.
Founded in 2010 by Chef Matt McCallister, Chefs for Farmers was organized to raise awareness for the importance of using local ingredients and supporting the farms and farmers in and around Dallas-Fort Worth and North Texas.

(Above) Kellyn Curtis from The Feast show you how hard the life of a food writer is. 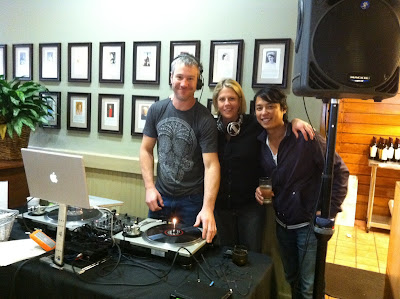 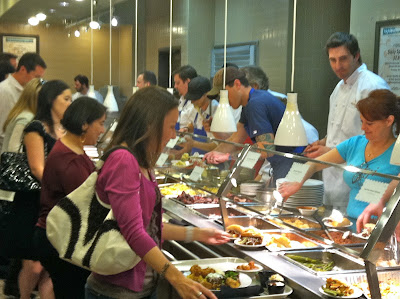 Each Chef took a classic approach to dining with farm-fresh ingredients, preparing two gourmet dishes that were served cafeteria-style.Â  Guests were served from the chefs as they grabbed a tray and walked the queue, selecting from a multitude of comfort classics. 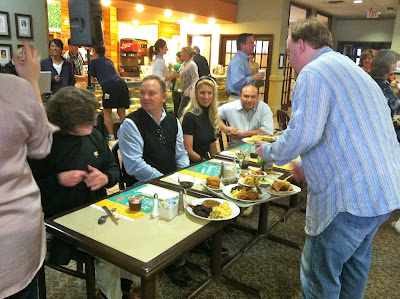 Gary Cogill was one of the local celebrity judges who used his discerning palate to determine which chef would win $1,000 provided by Artizone. Congrats to Pecan Lodge for winning Diners Choice!

A portion of the proceeds will go to benefit The Family Place, the largest family violence service provider in the Dallas area serving thousands of victims of family violence each year with award-winning programs that keep women and children safe.

To stay connected for updates on the next Chefs for Farmers event, become Fan on Facebook.

The collab we didn’t know we needed!! @ediblea

Budgety food nerd who likes to cut our own steaks